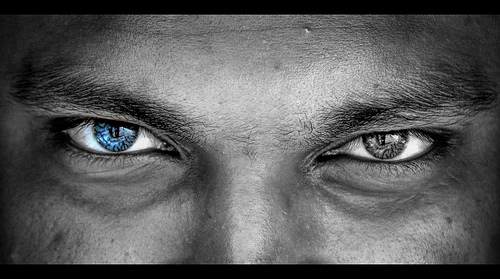 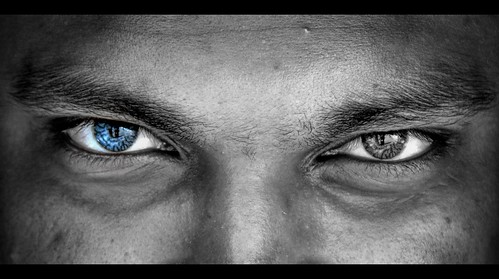 Eyes are the mirror of the soul

As excited as we can be about rich media ads, it’s plain to see that what makes them different from text or even text and graphic ads is also what makes them quite complicated. Rich media ads can span graphics, animation, video, sound, and interactivity and when you put all these elements together, there’s a chance that the combination can backfire.

What it means for websites to pass the blink test is that they can keep a vast majority of their visitors from leaving immediately, giving their inbound marketing a better chance for conversion. Translated for rich media ads, passing the blink test means the creative ads catch the attention of its audience, giving its interactivity a chance to engage said audience and communicate its marketing message in the hope of culminating in conversion. While several rich media formats exist, the fundamental areas of the ads that you need to optimize for the blink test stay mostly the same:

1) The package – How you design your ad and what language you use to code it, among other factors, dictate load time and device compatibility. You need to ensure that the entire package loads decently fast or it might cause the entire webpage it’s on to slow down. Some of the most typical languages used to code rich media ads are HTML5 (FOR ADS), AJAX, Javascript, and Flash. Depending on the website and the device you’re targeting, you might have to choose one coding language over the other. For instance Flash-based ads that use Flash script are dependent on the Flash player plug-in for desktop browsers, and some mobile devices might not fully support Flash. From a design perspective, a Responsive Ads is best as it allows the same ad to respond to different screens, but there is an optimal viewing size for rich media creative ads, so you might wish to serve different Effective Ads instead of a single responsive ad depending on the device.

2) The appeal – Alluring aesthetics is a no-brainer here. Great visuals easily catch an audience’s attention. The appeal of your rich media creative ads, however, also extends to other factors such as sound. If you plan on including video, you also need to plan out how the fist few seconds of that video can catch your audience’s attention (if you want it to automatically play, something we’ll discuss later). The ad format also plays a big role in making your ad more appealing and more noticeable. The best solution is to try several formats to see which works best depending on the marketing message, the target audience, and the website where the ad will be published. 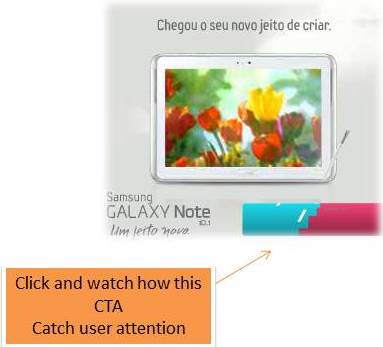 3) The message – Regardless of the medium of the marketing message, you need to ensure pitch perfect focus; that’s just a fancy way of saying focus on only one sales pitch and one marketing message. Just because rich media ads can deliver several messages doesn’t mean you should. Multiple messages distract your audience from being able to focus on any single one. In the same vein, try and minimize other distracting elements in your ad that could draw attention away from your marketing message and your call to action. 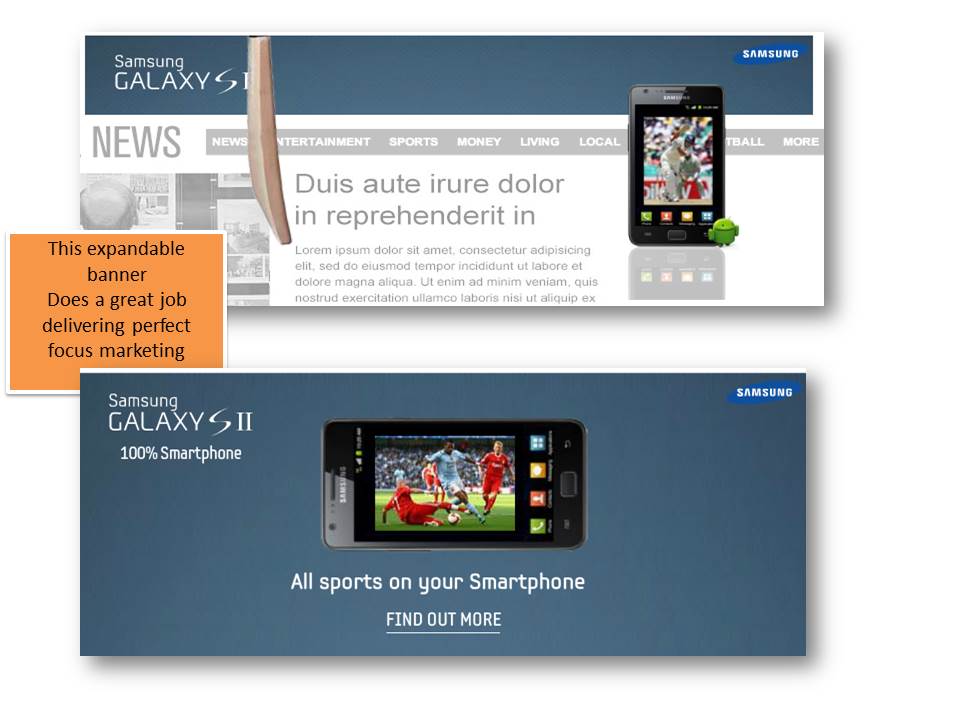 4) The interactivity – Interactivity is what makes rich media ads so engaging, and the engagement, in turn is what draws audiences. To pass the rich media ad blink test, you need to cover at least three areas:

The delivery – How would you want your rich media ads to be experienced? Pop up? Expand on mouse over? Full screen? The delivery of your ad ties in with its format, its platform, and the users’ devices. Keep an eye on how user-friendly your Dynamic Ads are. I don’t know about you, but I’m often irked by ads placed around navigation bars or the like where I always have my mouse pointer hovering about, and when I unintentionally mouse over them they expand to fill up nearly the entire screen.

The blink test for websites lasts only about five seconds. The blink test for rich media creative ads lasts the length of the entire advertising experience — if at any time your ad pushes your audience away instead of luring them in, you’ve already failed.