How to Maintain High Volume Online Banner Production like Magic 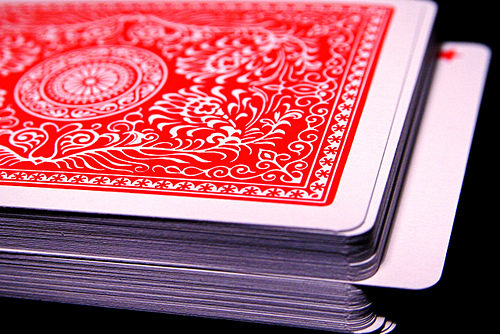 Creative online banner ads are comprised of layer upon layer of design, code, and animation, among others — but that’s not what makes them truly complex for businesses to handle. Several other facets aside from their intricate structure makes banners troublesome for creative agencies to deploy, for instance:

This complicated process of Digital creative agency, however, yields a powerful marketing tool. Wouldn’t it be great if you can somehow perform a magic trick and make high volume online banner production a reality? If you can seemingly compress the complex process of deployment and implementation into a streamlined flow that is efficient and less prone to errors?

Well, you actually can. Let’s learn the magic trick to online banner production.

Banner Production: It’s More than a Flourish and a Magic Word

Performers play out their tricks with a magic word and the wave of a wand — but you know there’s much more to it than that. The magic lies in the simplicity of the actual trick and its flawless integration into the performance. Like your online banner production, every magic trick has a process:

In your magic trick’s first phase — its pledge — you’ll need your rich media design developers, of course, and the concept of the creative online banner ad you wish to develop. Most businesses stop there, and that’s what makes it difficult for them. They actually also need an ad server workshop like Mediamind or DoubleClick Studio, which serves as the central dashboard where the banner can be developed with all the necessary files available for convenient access and sharing, where revisions and group input and feedback are easy, and where publisher specs are also made available for double checking. Make good use of your server workshop for real time collaboration and faster, more efficient revisions processes.

When the designs are finalized, the typical process is that designers send an email that will go through the agency and eventually end up with the publishers. Heavens forbid any errors are found, because then an email regarding that error and a recommendation to fix it will then need to travel back the same channels. This is where your magic trick’s turn plays out. Instead of this tedious back-and-forth process, upload the designs directly to an ad server platform (where they’ll end up anyway) when they’re ready to be published. Once there, the designs can be checked by anyone involved and notifications can be sent in real time to the parties responsible for fixing whatever problems crop up. This little sleight of hand can save days in the process and because it’s real time collaboration, several projects can be handled at once.

Online banner production requires the collaborative efforts of several people within a team, and often even several teams: the creative team, the media agency, the publisher, and the server. Keeping these teams connected in real time during the process cuts down on production time and increases the number of projects that can be developed. You can even go a step further by having the creative team add clicktags instead of leaving the task to the publishers. Clicktags allow the publishers to sidestep the need for developers to modify banner URLs.

After all of this, your prestige, the last part of your act, is efficient, high volume online banner production. You create more ads in less time and hassle — like magic.

The Trick is Simple, but the Result is Magical – High Quality Banners

Through using ad server workshops, uploading directly to Dynamic Ads server platforms, and collaborating with all the parties involved in real time, you can make the complex process of online banner production look like fluid, efficient magic. Add a few more touches like having the creative team add server code and API components from the start, and use a flowchart to direct your processes starting from PSDs straight through to the demo link.

To learn how we’re dealing with rich-media production in Digitaland, see the infographic with our creative process overview: