What Every Marketer Should Know About Interactive Video Ads

Video advertising isn’t a new concept, but the implementation and execution of current video advertising efforts are clumsy and ineffective. The Interactive Advertising Bureau aims to change this, however, with the standardization of five new interactive video ads it introduced into its Rising Stars ad format last February via competition. IAB gathered creative minds from different firms and agencies to develop their own concept of interactive video ads and picked the five best entries. These five video ad formats will spearhead the next generation of video ads.

The Digital Video Rising Stars ad format is mature video advertising. Where before, video marketing was taking baby steps trying to figure out how it can become more than recycled TV spots, with interactive video ads the marketing channel is becoming solid, unique, and most importantly, effective. Take a look at this Samsung Galaxy S4 demo ad. It isn’t limited by  pre-roll video, it doesn’t make an excuse of itself to be seen, and it delivers the most engaging video ad experience yet.

It’s like taking everything that is known to work for online advertising and infusing it into video. In the Samsung Galaxy sample above, a basic video ad is overlaid with controls aside from the play / pause and mute / unmute button. It offers access to more videos, an image gallery, an accessories gallery for the Samsung Galaxy S4, and links to easily share the content to the leading social networks Facebook and Twitter. 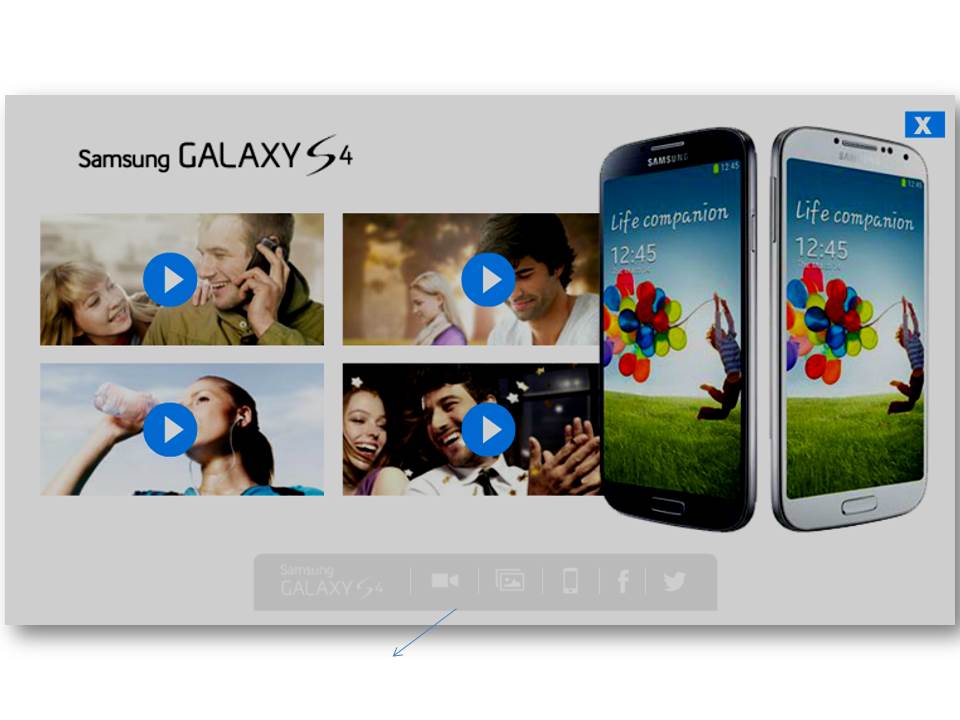 The engagement value of the 360 Interactive Video alone is tremendous. Digital creative agency With great visuals it delivers a simple marketing message selling the features of the Samsung Galaxy S4. Beyond that, however, it also:

All of these are best practices outside of interactive video ads. Why wouldn’t they work for video marketing?

Obviously, interactive video ads are an exciting development to video as a marketing channel, but they are still a minority of all video ads served on the web today. Over 85% of all video ads are the generic, pre-roll 15-30 second spots that video viewers put up with just so they an watch the video they intend to watch. It’s the remaining 15% or so that is exploring the potential of interactive video ads, and as they explore, they will have to dodge some marketing pitfalls.

These pitfalls are doubly dangerous because they seem to be cloaked in the guise of best practice: maximizing engagement and messages delivered. These are conceptual pitfalls, however, and there are also technical pitfalls to consider, like ensuring that the format of the interactive video ads will be compatible across a wide range of devices and screens, which they will also have to be adaptable and responsive  to. This is also why IAB launched five formats at once.

Dodging these pitfalls that spring up as interactive video ads themselves mature into widely-used, highly scalable ads will be the next big step in the evolution of video advertising. From there, a constant vigilance in monitoring and performance and analytics measurement will be key, but until then, early adopters will have to navigate the waters and establish best practices in interactive video ads deployment largely on their own. It isn’t a superlative risk, really, seeing how comparatively weak ROI-wise standard, non-interactive video ads are.