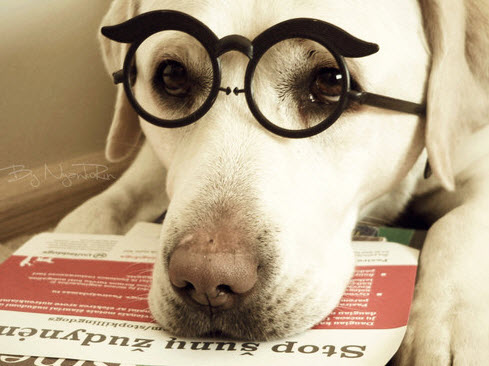 It’s been a relatively peaceful week in terms of advertising and rich media news and developments, though thought leaders and publications have had their opinions on various issues ranging from creative design to programmatic buying. In contrast, the mobile scene and the estimates of Responsive Ads spend growth have been in a number of news outlets.

First, a bit of good news for us rich media folk: according to an article on Technorati, mobile adoption worldwide is soaring, with regions in South America registering 100% mobile penetration rate, and in the face of increasing numbers of mobile users the world over, rich media ads are still trumping static banner ads in different aspects. The article reports that rich media ads fared better than static ads when it comes to retention, with 30% of users surveyed the remembered the former better than the latter. Referencing a mid-year study by Hunt Mobile, the article also points out that based on click-through rates, rich media also boosts engagement by as much as 300%.

With mobile advertising still relatively young, both the increase in retention and better engagement are good news for mobile rich media ads. It’s like the all-important first phase of the customer purchase journey: awareness. If rich media mobile ads keep performing like this, the future seems bright in that part of the online advertising industry.

More news from mobile land, this time brought to us by AdAge: mobile ads are also heavily embracing automation and programmatic buying. The shift is spearheaded by Millennial Media, whose recent purchase of Jumptap in hopes of creating the programmatic, buy-side ad exchange platform for mobile. The merger, which initially met with slightly negative Wall Street decline, will help Millennial land the number two spot for mobile revenue stats with fierce competition from Facebook. The real issue here, according to the article, is Millennial’s shift from branded ads to RTB-driven ads.

Rich Media Agency says that RTB is already a staple of both static and rich media advertising online – but the mobile market is new ground. If Millennial scores a breakthrough and dominates mobile through its ad exchange platform, that’s one clear indication that branded ads might not be as hot for mobile. Anyone care for some mobile ad automation?

Let’s take a quick detour to the New Zealand and Australia, where, according to the NZ Herald and IT Wire, current online advertising spend is not only increasing, but is in fact eclipsing TV spend for the first time. The IAB conducted research surveying over 40 major media agencies in NZ, the NZ Herald reports, and is showing a 31% growth in advertising spend compared to last year. A sudden second quarter spurt in online ad spend shows this year’s second quarter’s figures to be up 21% from the first quarter, at a solid $120.56 million. In the meantime, in the land down under, IT Wire reports that the IAB indicated in a 14.6% growth in online ad spend last financial year, ending strong with $3.6 billion in revenue, and for the first time eclipsing free to air TV ad spend in that region.

New Zealand and Australia share similar western consumerist influences with the US and UK, but its consumer demographics might be a bit simpler – that said, when one region of the world shows such growth, other regions are never that far behind. Expect the US and UK to experience similar growth rates in online ad spend as well as mobile ad spend.

GroupM pedaled back on its initial estimates of 2013 worldwide ad spend growth rates the world over, according to AdAge. In the US alone, GroupM initially estimate an ad spend growth rate increase of 2.7%, but throttled it down to 1.8%, estimating revenues at about $156 billion. Everywhere else in the world GroupM toned down its estimates to much more calm rates, but digital media ad spend seems to stand out from the crowd. Digital media ad spend will grow to 20% of the total worldwide ad spend, up from 19% last year, which will result in about $95 billion in revenue this year. These numbers mirror the excited growth rate in areas such as NZ and Australia.