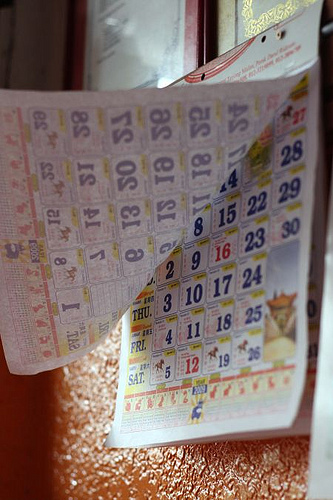 In this edition of the week-long rehash of the most interesting news and developments in the world of professional content platforms LinkedIn, and finally, a peek into where advertising dollars typically end up (hint: social sites, content curation sites, and video).

Compared to simple banner ads, Dynamic rich media mobile ads are about four times more effective when it comes to click-through rates, a stat mirrored by in-app rich media ads that exceed its simple banner ad counterparts by 1.7x. While here’s some obvious good news from the mobile ads niche, some contrasting research also state that adoption is painfully slow on the side of publishers, dampening the rate at which mobile users are exposed to mobile ads. Of course, another possibility is that users are exposed all along, but they don’t notice it that much.

While rich media does trump standard banners on mobile, the latter still dominates the niche. Unsurprisingly, Apple’s iOS and devices lead the pack when it comes to delivering mobile ads. Since Apple did technically start the entire smartphone and tablet trend, this is perfectly logical. What’s not is how slow rich media is trickling into mobile where its customized, more personal, and highly engaging nature could prove to be way more effective compared to desktops.

According to an article from FourthSource, real time bidding matched with real media is a winning combination, so much so that this one-two punch even beats out premium inventory bought and sold without programmatic buying. The article presents solid research contradicting what it calls the “premium fallacy,” where programmatic, RTB driven buying can’t obtain the sort of premium, highly branded ads that deliver the best (or at least most guaranteed) ROI.

The reality, according to the article, is that programmatic buying actually outdoes sales-team driven premium inventory buying because it accounts for audience buy, which in turn is data gathered from the actual behavior of the users to which the RTB-bought ads would then be delivered. The result is a targeted marketing scheme that while automated is extremely effective – perhaps better than premium buying.

LinkedIn is moving into the realm of brand publishing, and once its transformation is complete, it will be the largest original content publisher in the web. Imagine LinkedIn’s Today’s News, only broader and larger, and driven by the original and professional content its own teeming user base is creating. Now, imagine the rich media advertising potential of such a platform.

While no word is out yet on how exactly this new LinkedIn content platform will cater to advertising (it’ll probably more or less stick to the old standards), this gargantuan move into publishing would probably be the focus of ad publishers the world over. The sheer scale of a professional audience of 116 million unique visits is a B2C and B2B advertising dream. Of course, the revolution would probably center around content, but still, as AdAge puts it: with a “massively engaged audience and [LinkedIn’s] ability to target extremely accurately with diverse inventory, why would an advertiser go elsewhere?” Well, now you know the next big thing to look forward to.

If you’ve ever wondered where your competitors (or the rest of the advertising industry, for that matter) are focusing its heavy marketing dollars, AdAge has a breakdown of the most potentially lucrative and expensive platforms for ads on the web today:

A few of these top picks are prime real estate for rich media ads, but on the other hand, Youtube is still sporting ineffective pre-roll and Facebook and Tumblr unfortunately aren’t very friendly to rich media ads, which is a shame because of the social networking potential of both. Interestingly, StarGreetz has a video advertising option that could potentially outperform Youtube’s pre-roll obsession: personalized video ads that could even talk to the viewer on a first name basis. There’s an alternative to pre-roll that sounds much more promising, next to interactive video ads, probably.

Well, those are the news and developments that we thought merited short discussion this week. Will the news on mobile rich media ads and RTB change your approach to advertising? Will you keep an eye out for LinkedIn?