At Digitaland animated banner its our core business,  we are familiar with working late nights, applying high standards and meeting tight deadlines , A recent banner campaign for Nike’s new line of sneakers, Nike Free is just another example of the amazing work done under a tight time frame. Check the full case study

The challenge: Launch an engaging interactive campaign in two weeks

Nike needed a truly interactive and engaging experience that combined video and an interactive photo gallery in order to properly showcase its Nike Free technology. It was important that any rich media campaign that was created to be as innovative as the shoe itself. After all, Nike spent eight years studying the biomechanics of runners’ feet in order to design this exciting new footwear that allows for a more natural movement.

Adding to the challenge, Nike’s goal was to launch the animated banner simultaneously in seven countries. Additionally, the campaign had to be created and launched in just two weeks time.

The solution: A force of nature

The creative featured Nike’s slogan for the shoe “Be a Force of Nature” which was created to inspire runners, the target audience. The ad featured: 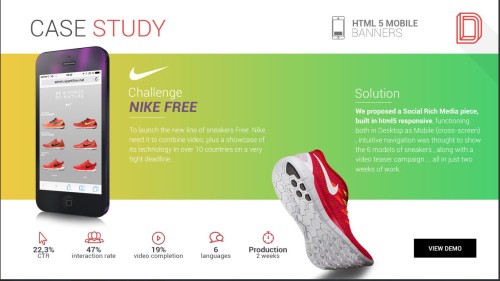 Using the DCO Capabilities of the Sparkflow platform the Nike Free animated banner  was easily delivered simultaneously to 7 different countries:

As the platform delivered the creative to each country, the language was dynamically changed to reflect the dialect of the audience in each region. The result? Users were dazzled by the experience and Nike Free was successfully launched. 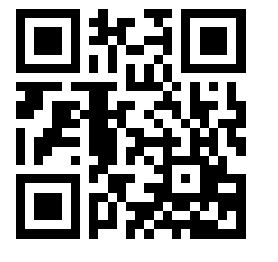 Check the full story in English or Spanish