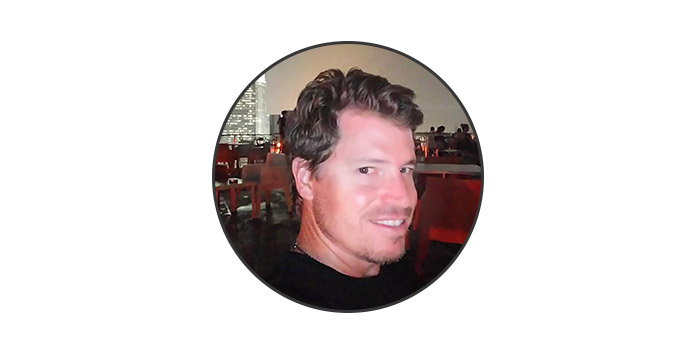 What do elephants, LEGO and globe-trotting have in common? They’re all pieces to Michael Hopkin’s story.

Based in LA (when he’s not traveling the world), our sales lead has learned a thing or two about turning ideas into reality and turning fear into fuel for better work and a better life.

Tell us a little about yourself, Michael.

I’ve been in the digital advertising/marketing industry for 10 years, producing and account managing some of the best known brands in the world. LEGO, CNN, National Geographic Channel and Paramount Studios, to name some. I’ve won awards, launched global campaigns and worked with some amazing people. But, being in the trenches – taking an idea that started between you and a Designer, molding it and shepherding it through obstacles to where millions eventually see it – that’s what makes me tick.

Outside the office, I just need my passport, backpack and carry-on. Literally. Travel saved my life.

How did you get into the industry?

I was introduced to the partners at a digital start-up. They were looking for a Project Manager. Even though I knew zero about digital advertising, I understood project management from my time in film/TV production. Since then, I’ve been fortunate to work with, and learn from, countless talented people who helped me grow and elevate my own skills.

Which project are you proudest of?

Tough question! I produced an interactive campaign that required getting an elephant on green screen so that we could fit him into a Honda Civic.

What’s a brand you admire and why? (It can be from any industry!)

That’s two tough questions! There are so many innovative brands out there. I admire risk takers and entrepreneurial minds. I was fortunate to produce numerous campaigns for the team at LEGO. They basically gave us full rein to do our thing. I can’t tell you how exciting (and daunting!) that was for everybody involved. But wow, the work that came out of it. We set new benchmarks for them.

What’s the best advice you ever received?

Do the thing that scares you.

Time for the lightning round! Dish on your favorite: